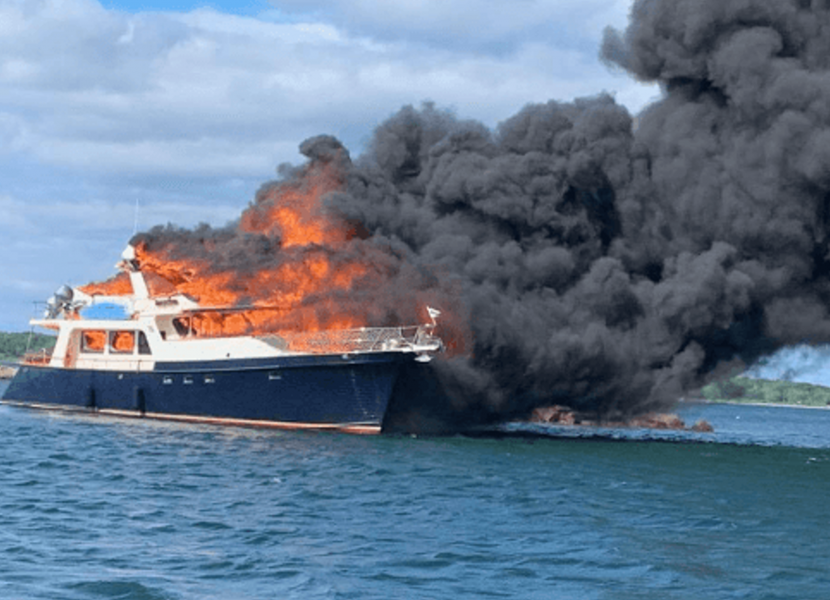 A large yacht caught fire and burned to the waterline near Kittery, Maine on Saturday, prompting an emergency response and pollution-control effort.

At about 1600 hours on Saturday, a caller alerted the New Hampshire State Police to a boat on fire on the Piscataqua River, just off Newcastle, New Hampshire. The vessel was identified as a 2007-built Marlow 70-foot motor yacht, the Elusive.

Elusive's passengers - identified as Arthur Watson, 67, Diane Watson, 57 and Jarrod Tubbs, 33 - abandoned ship over the side to escape the fire, along with two family dogs. Nearby good samaritan boats rescued them from the water and brought them to shore, where they were transported to a local hospital for evaluation. All were unharmed.

TIMELOG shipping as NVOCC operator and carrier company with the capabilities to efficiently manage the movement of varied types of cargo between ports in Asia and global inland.